I had the privilege to be a co-author on a paper that audited the representation of females in scientific studies examining dietary supplements. This audit specifically examined dietary supplements that have good scientific evidence to enhance exercise performance, which included the following: 1) Beta-alanine 2) Caffeine 3) Creatine 4) Glycerol 5) Nitrate/beetroot juice and 6) Sodium bicarbonate. These 6 dietary supplements are all promoted to have good evidence to support their use. We wanted to know to what extent females were represented in this evidence. It is problematic if this “evidence” is mainly derived from studies using male participants, as males and females have various physiological differences (click here to find out more). Because of these differences, what works for a male athlete may not work for a female athlete.

In addition to examining male versus female representation within these studies, we wanted to assess the quality of studies that did include females. Studies that do include female participants must consider how the effects of a dietary supplement might change with the hormonal fluctuations across the menstrual cycle or due to other factors that impact hormone levels, such as hormonal contraceptive usage, or menopause.  There are best-practice guidelines that researchers should follow to control for the menstrual cycle, such as tracking a menstrual cycle prior to starting the study, detecting an LH surge to ensure that ovulation actually occurred, and confirming menstrual cycle phase by measuring hormonal levels. With this in mind, we set out to determine both the quality and quantity of female representation in studies examining these 6 dietary supplements.

A total of 1826 published studies were identified that examined the effects of one of these dietary supplements. Here are some notable stats on the male versus female representation within these studies.

Studies were awarded with a “gold”, “silver”, “bronze” or “ungraded” depending on how well they followed the best-practice guidelines for control of the menstrual cycle. Here are some major findings:

The results of this audit clearly demonstrate that females are vastly under-represented within research examining dietary supplements. Yet, these dietary supplements are promoted to have good scientific evidence to improve exercise performance. While this may be true for male athletes, the current literature fails to provide evidence to support the use of these dietary supplements in female athletes. Furthermore, of the studies that did include females, 99.5% provided inadequate information to classify or failed to follow best practice strategies regarding menstrual cycle control. Further high-quality research is needed examining to ensure that improved performance seen in male athletes also holds true in female athletes, and also examine changes in the effects of these supplements across the menstrual cycle or with hormonal contraceptive usage.

Performance research and the female athlete

I realize that I never officially announced a rather big life change- I’ve relocated to Australia. While it was about a year ago that I found out about this opportunity to move to the other Read more… 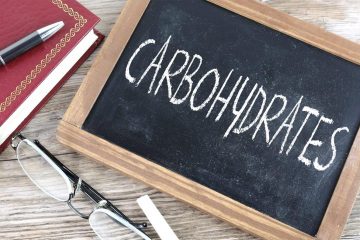